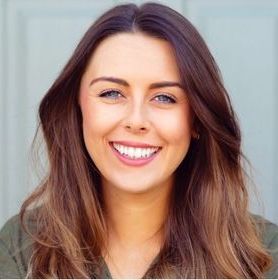 Kirsty is a highly motivated dietitian.  She trained for four years at the University of Nottingham, graduating with a Master of Nutrition and Dietetics degree in 2015. She has since gained a wide range of clinical experience working as a dietitian for the NHS. Kirsty is a member of the British Dietetic Association and is registered with the Health and Care Professions Council (HCPC), where she is regulated by law, and governed by an ethical code to ensure that she always works to the highest standards.

Kirsty enjoys promoting dietetics and providing accurate information to the general public.  She is a Media Spokesperson for the British Dietetic Association and has either written or contributed towards articles for The Guardian; Daily Mail; Healthy for Men magazine; My Weekly magazine; Waitrose & Partners Food magazine; Homecarer magazine; P3 Pharmacy magazine; Ingredients Insight magazine and Vitality magazine. She has also featured in Dietetics Today magazine for recognition as a BDA Media Spokesperson.