The BDA is proud to have joined a new coalition of nearly 80 organisations, brought together by the Royal College of Physicians, that has been launched to press for urgent action to address health inequalities.

The Inequalities in Health Alliance (IHA) is demanding a cross-government strategy to reduce health inequalities: unfair and avoidable differences in health across the population, and between different groups within society. Health inequalities, which may involve differences in access to health care or the standards of care available, can damage quality of life and even shorten life expectancy.

There are many causes of health inequalities but deprivation is a key factor. Of those surveyed by the RCP for the launch of the IHA, 78% agreed (50% strongly) that all parts of Government in each part of the UK should have to consider the impact of their policies on people who are less well off. Three quarters (75%) were concerned – 35% very concerned - that the health gap between wealthy and deprived areas is growing, which

This is particularly the case in relation to food, nutriton and many of the health conditions that dietitians treat and manage every day. If you are less well off you are more likely to eat an unhealthy diet, and to living with long term health conditions such as obesity or type-2 diabetes that are diet related. Food inequalities also extend to difficulty accessing a healthy diet in other ways, and we know that the elderly and vulnerable are far more likely to be malnourished or at risk of developing malnutrition.

Almost two thirds (65%) of those surveyed by Yonder felt that governments across the UK should be doing to more to address the issue and 81% agreed (52% strongly) that there should be a UK government strategy to reduce inequalities in health. Nearly a quarter (24%) selected access to healthcare as the health inequality they were most concerned about, with 17% opting for poor mental health and 16% long term health conditions.

The Royal College of Physicians has written to the Prime Minister on behalf of the IHA, acknowledging that the government has been focused on responding to the pandemic but pointing out that, with its impact felt differently by different communities, COVID-19 has exposed how health inequalities can have an impact not just over a lifetime, but a matter of weeks. Now, the second wave of COVID-19 is hitting those already most disadvantaged in our society.

As well as calling on Boris Johnson to develop a cross-government strategy to reduce health inequalities, the IHA wants the government to use the socio-economic duty, section 1 of the Equality Act 2010, to address health inequalities and to adopt a ‘child health in all policies’ approach. 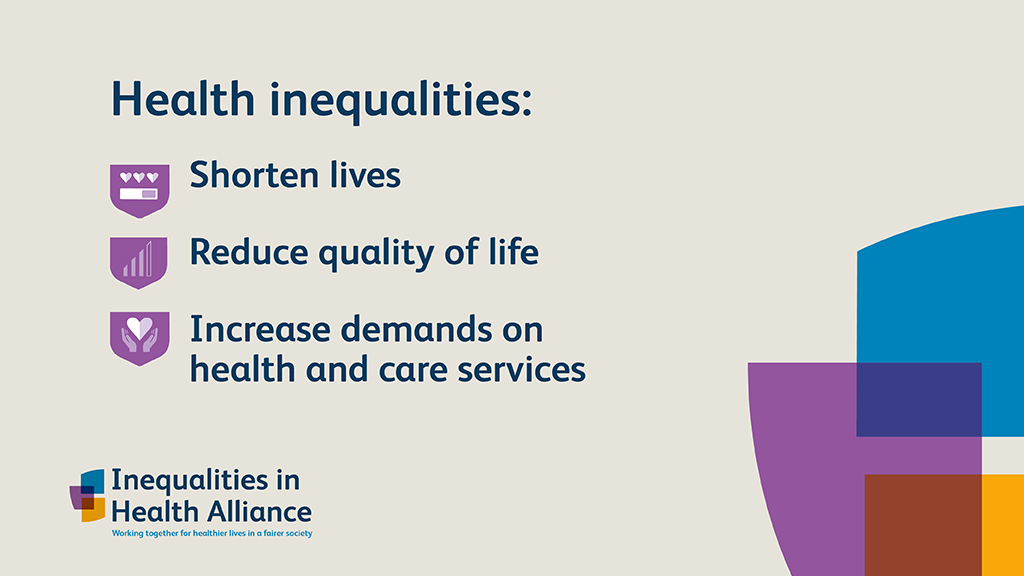 Government must set out plan to avoid Brexit-related food insecurity