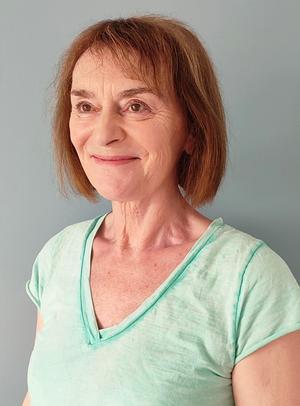 BDA member and dietitian Anne Mensforth, Home Enteral Nutrition Service, Nutrition and Dietetic Service, Families, Young People and Children’s Directorate, at the Leicestershire Partnership Trust has been awarded an MBE for services to Dietetics in the Queen's Birthday Honours. Anne shares what it means to receive the honour.

Tell us a bit about your background and journey in dietetics

I have been dietitian since qualifying from Leeds in 1978. My first role was in Nottingham, after which I moved to Leicester for a paediatric post at the Leicester Royal Infirmary. Subsequently I worked in a role to establish a Home Enteral Nutrition Service (HENS) for a small number of adults and children living in the city and county areas. This dedicated service for people needing enteral nutrition at home was, as far as I know, the first of its kind.

Since then, I have stayed in the field of home enteral nutrition, and seen patient numbers grow from around 50 to nearly 850. During this time, I worked with the dietetic service manager, our Trust, and a commercial company, to develop an electronic patient registration system, and developed extended roles related to tube and device repairs and replacements in patients’ homes.

The HENS team has grown alongside the increasing demand, and now comprises dietitians, a dietetic assistant practitioner, dietetic support workers and administrative staff. My role evolved significantly over the years to encompass line management-related tasks, finance and governance, and I completed a Masters' Degree in Health Services Management to increase my knowledge in relevant areas. I have chosen to retain a clinical role and have been a BDA member throughout my career.

It was a huge honour to be nominated for the MBE by colleagues in the HENS team. Details of the nomination are not shared with recipients, but I am aware that it was a large undertaking, and supporting letters were submitted alongside the nomination from colleagues including a dietitian, a consultant and a nurse, and the mother of a longstanding patient.

How did you feel when you were told you were being awarded an MBE?

Initially I felt really stunned - nobody in the team had given anything away, so it was a total surprise (and a nice one at that!) I also felt touched and humbled that my colleagues felt I deserved such a prestigious award.

Did you have to keep it a secret?

Yes, I received a letter from the Cabinet Office in April informing me this nomination was in strictest confidence, and recipients should respect the requirement for confidentiality until the list was officially published. On 2 June I was able to make enquiries and find out how this came about, and tell people!

Thanks to social media the news travelled quite rapidly, and I was overwhelmed by the lovely messages received both from colleagues past and present. I have also received formal letters from the Lieutenancy Office in Leicestershire, and the Permanent Secretary, Department of Health and Social Care

Are you looking forward to the ceremony?

I am looking forward to the ceremony. If it were possible, I would like to take the entire HENS team with me (there would be no MBE without their support and commitment to the team!). I have now formally retired from my substantive role and it is a wonderful way to celebrate closure of my working career.