Making pasta isn’t as difficult as you might think and you can have loads of fun experimenting with different shapes and fillings. We use 00 flour because it’s so fine and high in gluten, which makes the dough elastic and perfect for homemade pasta. 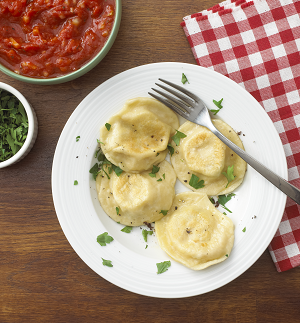 * Presence of allergens can vary by brand - always check product labels. If you serve food outside the home you must make allergen information available when asked.

This is a Let's Get Cooking recipe.