Dr Duane Mellor looks at some common myths about alcohol, and whether some of the well-known hangover 'cures' have any evidence behind them.

Drinking alcohol is fun – the after-effects, less so. It is little wonder, then, that people the world over have sought remedies to mitigate the dreaded hangover.

Here we put some of the better known myths to scientific scrutiny.

Does lining your stomach work?

Around 20% of alcohol is absorbed in the stomach and the rest is absorbed in the intestine. So any food containing fat, protein or, to some extent, carbohydrate that delays your stomach emptying could have a very modest effect on slowing down the absorption of alcohol.

A survey of 2,000 British adults, conducted by One Poll, found that a fried breakfast is “the preferred remedy for Brits battling the aftermath of a heavy night”. The survey also reported that 26% of popular hangover cures rely on a dish that contains egg. But is there any science in this? 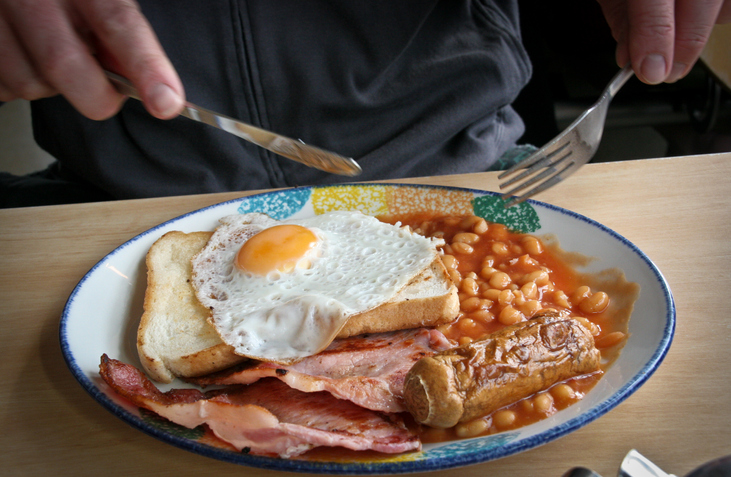 A study involving rats suggests there could be some support for this idea. Eggs are high in a substance called cysteine. When rats were fed lethal amounts of acetaldehyde – a toxin your body produces when it breaks down alcohol – those that were also given cysteine were much more likely to survive the toxic assault than the controls. But, of course, humans are not rats – well, most of them aren’t.

Coffee sobers you up

If you’re drunk and you need to sober up in a hurry, what do you do? Well, if the movies are anything to go by, drink a mug of strong, black coffee. The science is less emphatic on this one, though. This is partly due to the complex way alcohol acts as a sedative – making you dizzy and forgetful – whereas coffee, a stimulant, makes you more alert, but does nothing to improve dizziness or forgetfulness.

Mixing caffeine and alcohol also increases your risk of injury on a night out, so they’re not a good combo.

Water before bed clears your head

There may be a grain of truth in this one. For this popular life hack, it depends on which bit of the hangover you want to reduce. While drinking water will do nothing for the headache, it could help to reduce the dehydrating effects and the dreaded dry mouth.

Grape and grain – never the twain. Should you avoid mixing your drinks?

There is a long-held belief that mixing drinks makes hangovers worse. It’s a myth. Mixing drinks simply increases the risk of drinking more alcohol because you lose track of how much you’ve had. “Did I have four pints, three shots and a glass of wine? Or was that three pints, four shots and two glasses of wine?” There is nothing in the chemistry of the alcohol in, say, wine and beer, that is different.

If you really want to avoid a hangover, the best advice is to follow the guidelines on alcohol. As well as not “saving” your recommended maximum of 14 units a week and drinking them all in one night, officials advise drinking more slowly, eating while drinking and alternating alcoholic drinks with water.

This article is republished from The Conversation under a Creative Commons license.

Duane Mellor is Associate Dean, Community Affairs and External Engagement, at the College of Health and Life Sciences at Aston University and Associate Editor, Journal of Human Nutrition and Dietetics.