Food for Thought: The Role of Nutrition in the Gut-Brain Axis

The ‘Food for Thought – The Role of Nutrition in the Gut-Brain Axis’ webinar, delivered by Love Your Gut and Yakult Science via the British Dietetic Association on Wednesday 21 July 2021, was an immensely popular event with over 1,100 registrants.

Bellies, Bugs and Brains: An Introduction to the Gut Microbiota and the Gut-Brain Axis

Dr Ruairi Robertson delivered his talk ‘Bellies, Bugs and Brains’ as an introduction to the gut microbiota and gut-brain axis. The first half of the talk provided an overview of the gut and its functions as well as an introduction to the human gut microbiome. Ruairi drew an interesting parallel between the gut and a coral reef – both being ecosystems that rely on species diversity for health and survival.

This analogy emphasised the importance of microbial diversity as a marker of a healthy gut. The scope for personalised nutrition was also briefly discussed based on Zeevi and colleagues’ study in 2015 which reported significant individual differences in glycaemic responses to certain foods among participants – possibly linked to the differences in their gut microbiota.( 1 - see references below)

The next section of Ruairi’s talk introduced the gut-brain axis. The link between brain function and the microbiota was aptly explained with the example of Ophiocordyceps unilateralis, a microbe that affects the central nervous system of ants and forces a ‘death grip’ response.2

Ruairi also brought up a rather peculiar behavioural change in Toxoplasma gondii infected mice, who as a result of this protozoal infection lose their inherent fear of cats.3 Both examples showing how microbes can influence the central nervous system and brain, although not in humans.

However, in humans, mental health disorders (such as stress, anxiety or depression) observed in one out of three patients with irritable bowel syndrome (IBS) has been suggested to be linked to the gut brain-axis.4 This was further illustrated through a study that found poor gut microbial diversity in patients suffering from depression.5

The interactions between the vagus nerve and gut microbiota, either directly or through neurotransmitters and bacterial metabolites, was suggested as a possible scientific basis to these clinical observations.

Ruairi concluded his engaging talk by highlighting that there are a number of ways to target the brain, such as cognitive behavioural therapy, as a possible means of improving gut health6 or conversely, several ways to target the gut (e.g. through prebiotics) to improve brain health.7

Nutritional Modulation of the Microbiota-Gut-Brain Axis: Role of Diet in Cognition, Mood and Mental Health

Dr Kirsten Berding Harold started her presentation by highlighting that though research has progressed significantly within the field of the human microbiome and the microbiota-gut-brain axis, there is still a lot unknown about the microbiota, from bacteria that are yet to be identified to gene functions that are not currently defined.

Probiotics, defined as “live microorganisms that when administered in adequate amounts, confer a health benefit on the host”,10,11 and prebiotics, defined as “a substrate that is selectively utilised by host microorganisms conferring a health benefit”,12 have both shown positive effects on stress levels,13,14 mood,14,15 and cognitive function16,17 in human studies. Thus suggesting a potential add-on treatment benefit of pro- and pre-biotics for psychiatry diseases.

However, further research, specifically in clinical populations, is needed to solidify these findings. Fermented foods, newly defined as “foods made through desired microbial growth and enzymatic conversions of food components”18 have been associated with general health benefits, such as increases in microbial diversity and decreases in inflammatory signals and activity.19 A handful of studies also found positive associations between certain fermented foods in relation to autism spectrum disorder,20 stress21 and general brain activity,22 highlighting their potential as psychobiotics. Again, further research is needed to solidify these findings.

Kirsten pointed out that not all potential psychobiotic therapies have been shown to modulate stress or cognitive performance.23 However, many studies investigating the effect of psychobiotic therapies on psychological diseases have used a single-therapy approach, whereas emerging research is starting to focus on using a combination of different approaches.

The saying “good food, good mood” is commonly used, but is there actually any scientific basis for this? Based on observational data, Kirsten summarised how healthy dietary patterns have been linked to a reduction in common mental diseases and improvement in cognitive performance24-27 and depressive symptoms.28 The gut microbiota has been suggested as one of the mechanisms behind the interaction between dietary components and the brain.

Certain components of the Western diet have been shown to decrease health promoting bacteria and their metabolites, increase harmful bacteria and lead to an overall reduction in bacterial diversity.17,29 This may be linked to the increase in chronic diseases, including neurological and psychiatric diseases, that we are seeing today. Whereas dietary components of the Mediterranean and plant-based diets have been shown to have the opposite effect.17

Kirsten moved on to present animal model data wherein faecal microbiota transplants from donor animals fed a specific diet, to a new recipient animal resulted in a similar gut microbiota and, surprisingly, similar behaviours between both animals.30,31 Though it is difficult to carry out these types of studies in large healthy human populations, increasing dietary fibre and fermented foods or following healthy dietary patterns can increase beneficial microbes and overall diversity of the gut microbiota, which has been shown to increase wellbeing, decrease depression scores32 and improve cognitive function33 in humans.

Circulating back to psychobiotic interventions, Kirsten shared results of unpublished data from the APC Microbiome Ireland team showing that the consumption of a ‘psychobiotic diet’ has the ability to decrease perceived stress levels and improve sleep quality in a healthy adult population.

Individual’s microbiomes are unique and respond differently to similar foods, thus, Dr Kirsten Berding Harold’s talk was concluded with a discussion of personalised approaches to dietary interventions and that the importance of combining different microbiota-targeted approaches is likely to be needed to tackle psychological diseases in the future. 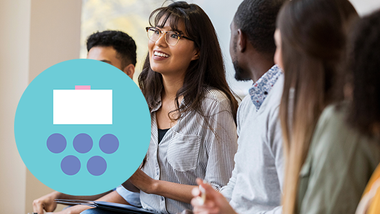 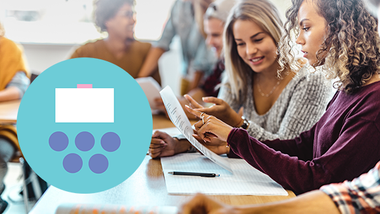 A Low FODMAP Diet for IBS 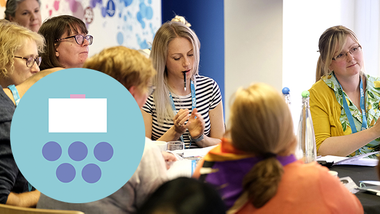