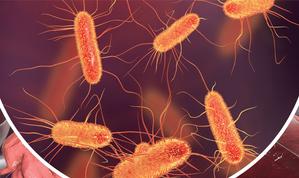 This food fact sheet explains what probiotics are, what they do to you, and their effect on certain diseases.

Although people tend to think that bacteria are harmful germs that spoil food or make you ill, there are many bacteria that are good for our health. Your gut digests and absorbs food and naturally contains trillions of microorganisms (e.g. bacteria) that are important for helping us stay healthy.

Probiotics are ‘good’ microorganisms found in food products or supplements. They can benefit our health by improving the balance of the gut bacteria. They are found in many different forms such as yoghurts, tablets, capsules and sachets.

Probiotics are generally considered safe for healthy people of all ages. If your immune system does not function properly, you may be at risk when taking them. Seek advice from your doctor or dietitian.

The number of bacteria in your gut is almost 10 times more than the number of your own body cells. If you gathered your gut bacteria together, it would weigh around 1kg (over 2lbs).

How do probiotics work?

The bacteria in the gut can be knocked out of balance for many different reasons. These include getting older, taking antibiotics, illnesses such as irritable bowel syndrome or inflammatory bowel disease or following an episode of food poisoning (gastroenteritis) or gut surgery.

Many probiotics restore the balance of the gut bacteria and can help your body function optimally in many ways.

When you consume them, they compete for space and food with potentially harmful bacteria – evicting them from your gut. Probiotics also enable your immune system to better fight infections.

For example, some studies have shown that they can make colds last for shorter lengths of time and improve your response to some vaccines.

What can probiotics be used for?

A lot of research has been done to find out whether taking probiotics is good for healthy people and people with specific disorders. The scientific evidence for their use keeps growing, but here are a few areas where probiotics may be beneficial.

Taking a course of antibiotics

Antibiotics are really useful at fighting off bacterial infections. However, they also cause major changes to the balance of our gut bacteria, which sometimes results in diarrhoea. Research shows many probiotics will prevent diarrhoea when taking antibiotics. Take them as soon as you start the antibiotics and continue for at least one week after the end of the course.

Some people, particularly those taking antibiotics, are at risk of catching this gut superbug, also called C-diff. This bug causes very bad diarrhoea. Although it can be treated with antibiotics, up to four in ten people will get C-diff again. Dietitians and other clinical researchers have found that a probiotic milk drink containing Lactobacillus casei and Lactobacillus bulgaricus may prevent older people who are taking antibiotics in hospital from getting C-diff in the first place

Travellers’ diarrhoea can occur due to a bacterial or viral infection during or following a trip to specific countries. The symptoms include passing watery stools three or more times a day, either during or shortly after travelling. It usually lasts for around three to five days and is a common but usually mild illness spread through poor hygiene.

Constipation is common in the UK. Symptoms include infrequent bowel movements, hard stools, abdominal bloating and straining. Recent studies have shown that certain probiotics may help to ease the symptoms. If you suffer from constipation, try products that contain Bifidobacterium lactis for a trial period of four weeks. If they don’t work, try another brand or stop taking them.

IBS is very common among UK adults. Symptoms include severe diarrhoea or constipation, together with bloating. Some patients have been shown to have changes in the balance of their gut bacteria. Although many of the studies so far have been small and inconclusive, research has shown certain probiotics may help to reduce symptoms, particularly bloating.

Dietitians recommend that patients with IBS take probiotics for a trial period of four weeks. If they don’t work try another brand or stop them – they won’t work for everybody.

How can I eat with this in mind?

If you want to incorporate probiotics in your diet, choose probiotic-rich foods, such as yoghurts. Make sure they say “contains live or active cultures” on the package.

Other fermented foods, such as kefir and kombucha, may also contain beneficial microorganisms. Be aware that these are not considered probiotics due to lack of scientific evidence regarding their health benefits.

If you are healthy, it is unlikely a probiotic supplement will be beneficial. If you suffer from a gut condition and want to try a probiotic, speak to your dietitian. They will advise you on the product with the best scientific evidence to improve your symptoms.

Always store probiotic foods or supplements as per the recommended conditions (e.g. temperature) listed on the package. This may affect the number of “live” probiotics the product will contain when you consume it.

Some probiotics find it difficult to reach the gut because they are killed by acid in the stomach. One way of boosting your own natural good gut bacteria is through eating prebiotics. Prebiotics are like fertiliser for our gut microbes. They are essentially food that feeds our good bacteria and are not to be confused with probiotics, which is the live bacteria. Eating prebiotics causes more good gut bacteria to grow in your gut.

Although some research has been done on the use of prebiotics in the areas covered above, in general, more studies have been done on probiotics. More research is needed in these areas.

The importance of hydration

This resource has been produced by the BDA in partnership with Dietitians Dr Eirini Dimidi and Professor Kevin Whelan.