The BDA's Let’s Get Cooking programme has been providing expert advice on waste reduction through its education programmes across Merseyside for more than three years. This year, in partnership with Merseyside Recycling and Waste Authority, it’s getting even more practical with a new Waste Warriors programme. 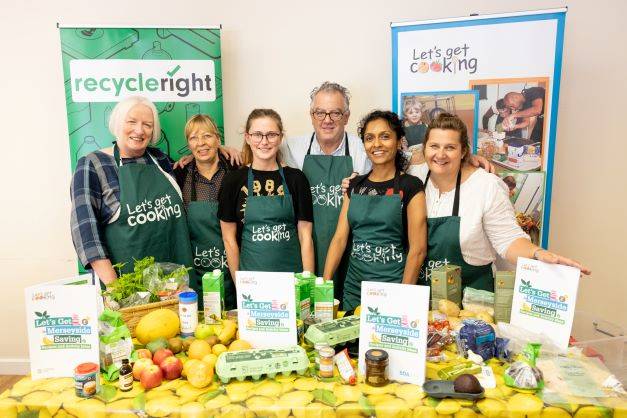 With the UK on average throwing away 4.5 million tonnes of edible food and drink each year, it’s crucial that the UK gets this under control. The numbers equate to 244 kilograms per household, excluding inedible parts, or £730 per average household with children, ending up in the bin! Wasting food also creates carbon, which contributes to Climate Change.

Preventing food waste has the same benefit to the environment as taking 1 in 5 cars off the roads – so with current concerns around inflation on food prices, helping households make the most of their shopping while also supporting community growing is a definite win!

As well as the environmental benefits, reducing food waste can also have a positive impact on household budgets and will help to reduce the cost of living, by buying less and making the best use of the food available.

The Waste Warriors programme helps households reduce their waste with tips and skills to turn the most wasted food into yummy meals. This is supported by the development of a new community composting scheme for household waste and a growing element to support people with growing their own fruit and vegetables.

Thanks to the £20,000 investment from the Merseyside Recycling and Waste Authority (MRWA) and Veolia Community Fund 2022-2023, the Let’s Get Merseyside Saving pack will reach 300 households across Merseyside and Halton, to support residents with reducing the amount of wasted food, have fun cooking the recipes and enjoy eating the meals.

Carl Beer, Chief Executive, Merseyside Recycling and Waste Authority says, “MRWA is delighted to support the project and the production of this activity pack. The facts show that on average we throw away over 134,000 tonnes of food every year on Merseyside – that’s almost a third of the average general household waste bin. That includes millions of loaves of bread and litres of milk. The figures may be surprising, but by using this pack and using up leftovers people can help to reduce this waste and save money.”

The pack will be distributed to participants taking part in community cooking sessions in the local network of Let’s Get Cooking clubs. The clubs will also receive additional funding from the project to deliver 50 local cooking and food events from this Autumn, impacting approximately 3000 beneficiaries.

With support from Compost Works, a Liverpool-based social enterprise with the mission of diverting food from being wasted, the project will also offer a community composting facility in Liverpool, once a suitable site has been identified. This aims to support and inspire people in the region to collect peelings, tea bags, egg shells and uncooked produce, as well as brown waste like paper. These can be brought to a central point in the community, providing a local source of compost for other growing projects.

Suzanne Mitchell, Let’s Get Cooking Lead says, “The opportunity to support a local community in such a circular way is a really powerful idea. We hope to inspire households struggling with the current cost of living to think about new ways to save money by reducing the amount of food they throw away and growing their own produce using a community garden. The waste reduction equates to 1.82 tonnes of CO2 for the local area.”

The programme is being launched to local residents from October 2022. Follow @BDAGetCooking to keep up to date.

Top 10 most wasted food and drink items in UK homes (that could have been eaten):

Every day in UK homes we throw away approximately:

Want to run your own practical cookery club?

Check out our e-learning course

Let’s Get Cooking: How to Run Practical Cooking Clubs

What is Sustainable September?

Are we wasting food because delivery food services and online shopping are making things too easy for us?